Fumigation is an application process by which a vapourized pesticide (i.e., fumigant) is released under controlled conditions into soil, buildings (e.g., storage silo) or greenhouses in sufficient quantity to act on a target pest organism.
​
Pesticides formulated as fumigants are characterized as having the e physical ability to exist in the gaseous state at a controlled pressure and temperature and occupy small air spaces between soil particles, can disperse through an empty structure or penetrate solid items contained within a structure. So that is na description of space and solid (commodity) fumigations.  The requirement is that the gas must be be contained within the treatment area for a specified time period. Once the time period has elapsed, the aeration step is implemented whereby controlled conditions are adhered to regarding time until the fumigant concentration has dissipated and levels of fumigant have become acceptable.

Fumigants are highly regulated under the Pest Control Products Act (PCPA) and administered by the Pest Management Regulatory Agency (PMRA) of Health Canada. The primary objective of the PMRA is to protect human health as well as the environment by minimising the risk associated with the use of pesticides. In determining whether a pesticide can be registered for a particular use, the PMRA considers all aspects of the proposed use including where it is used (use site) and how it is applied.

When is Fumigation Necessary?

​Fumigation is one of those things that we hope we never need to do.  However, there are very difficult, even devastating cases of insect infestation that requires drastic measures such as fumigating.  Certain areas or an entire property may be affected and fumigated.  Species of pests are examined before deciding on which different chemicals may be needed and used to fumigate. Unlike most of our pest control products and methods, nearly all pesticides used in fumigation are hazardous to humans and animals, so it’s imperative homeowners never attempt to fumigate their own property without a licensed extermination professional’s assistance.

The most common reasons for considering fumigation are based on insects that go deep into areas that are hard to get at.  Termites set up shop months before the damage they are doing shows up and they can be tricky to exterminate without fumigation.  Certain beetles can bore deep into wood parts of your structure and there is not much choice but to fumigate to reach these pests before total destruction. In very difficult cases of bedbugs, fumigation may become necessary.

In the event that fumigation is recommended, and the homeowner is flatly against it, there may be other ways to eradicate the problem but it usually takes a high quantity of visits to accomplish the remedial pest control goals set out. We agree that fumigation should be a last resort due to the severity of the chemicals. Some chemicals used in the past have been phased out because of potential damage to atmosphere and other harm.  While it is obviously best practice to try and work without fumigation, it can sometimes be the only control that can work.

Thank you! Your submission has been received! 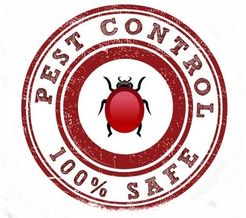